They say opposites attract — so maybe haters attract each other, too. That’s what the dating app Hater is betting on, anyways. The app, which launched in February, asks users what they detest. It covers everything, from types of food to activities to notable politicians. Then, instead of a love connection, the app tries to create, well, one of mutual hate.

After months of connecting people based on what they despise, Hater released a map of the most hated things in each state based on their user data. As it turns out, people hate a lot of weird things. 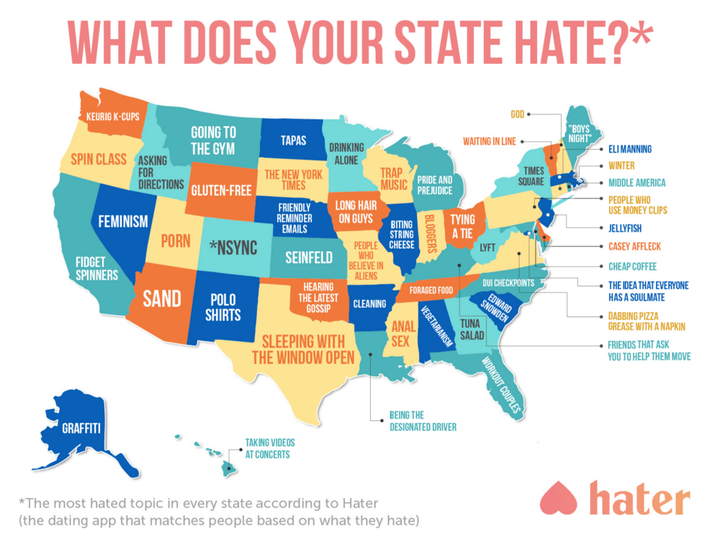